WITH COMPOSER JENNI BRANDON AND THE HEARTLAND

WRITING FOR THE MARIMBA

FEATURES OF THE FESTIVAL

*IN-DEPTH CLASS SESSIONS ON THE BUSINESS OF MUSIC

*CLOSE INTERACTION WITH COMPOSERS AND PERFORMERS IN THE BUSINESS 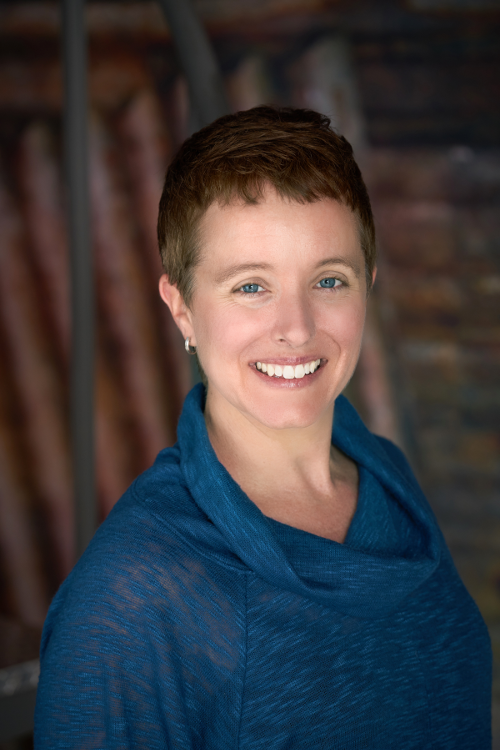 and Joe Millea) to offer a unique online 3-week festival. Through a comprehensive plan, and an approachable and collaborative setting with other composers, each participant will focus on writing a new work for marimba (solo, duo, trio, or quartet). Participants will have their works performed and recorded by the members of the Heartland Marimba Quartet at the end of the workshop. Additionally, as a bonus portion of this workshop, the composers will have the opportunity to write two 30-second etudes in a style highlighting a technique unique to the marimba. Heartland Marimba will potentially publish these examples through HMPublications in a brand new exercise book for the marimba.

With many performances and festivals cancelled or postponed, now is a great time for composers to take a deep dive into learning about writing for an instrument. Solo and small ensemble repertoire is always in demand. During these unique times creating this type of repertoire becomes more important and needed, as so many of us are finding new ways to make music.

Dedicated to advancing the classical marimba art form, the members of the Heartland Marimba Quartet will break down the questions surrounding the mysteries of composing for the marimba. The sessions (see schedule below)will include classes on fundamentals about the instrument, the do’s and don’ts of writing for the marimba, to career topics and repertoire reviews. Along with these group sessions, there will be private composition lessons with Jenni to help guide the composers to writing an engaging new work for marimba. This workshop is the fourth in a series of writing for a specific instrument offered by Jenni during the COVID-19 shutdowns, and a deep component of each one is to foster an environment that allows for the composers to explore and to learn in a supportive and collaborative way.

Each participant will receive a world premiere performance by the Heartland Marimba Quartet, and a recording of the new work. All sessions will take place online through Zoom and Facebook Live. Open to all composers and performers who have previous experience writing music and are interested in learning to write for the marimba.

Click the links below to learn more
about the festival

Reminder: Your spot is only reserved once you’ve paid the registration fee and filled out the form at link below. (We will reach out about paying the remainder of the festival fee.) Jenni Brandon is a composer and conductor, creating music in collaboration with other musicians and artists.  She has written over 50 works, telling stories through memorable musical lines influenced by nature and poetry. Commissioned to write music from solo to orchestral works, her music appears on over 20 albums. Her music has been awarded the Sorel Medallion, American Prize, Paderewski Cycle, Women Composers Festival of Hartford International Competition, and Bassoon Chamber Music Composition Competition among others. Her works are published and distributed by Boosey & Hawkes, Santa Barbara Music, Graphite, TrevCo, Imagine, J.W. Pepper, June Emerson, and her own publishing company Jenni Brandon Music.  As a conductor she conducted her one-act opera 3 PADEREWSKIS in the Terrace Theater at the Kennedy Center in 2019. She also presents workshops on collaboration and the business of music, striving to create a supportive environment where collaboration leads to an exploration of ideas. Visit www.jennibrandon.com for more information.

The Heartland Marimba Quartet (HMQ) was established in 2016 by acclaimed marimba soloist Matthew Coley and has done more than 140 concerts since its inception. The group seeks to give a platform to the music of American composers in its programming and continues to expand its repertoire with works from composers worldwide. Comprised of four distinctively creative forces, Christina Cheon, Ujjal Bhattacharyya, Matthew Coley, and Joe Millea, HMQ exemplifies Heartland Marimba’s mission to develop and disseminate the classical marimba art form in both academic and community contexts. In 2018, HMQ had the honor of being the ensemble in residence for the Society of Composers National Conference in Tacoma, Washington, and premiered works with the University of Puget Sound Wind Ensemble, Gerard Morris, conductor. HMQ’s 2018-2019 season further highlighted works written for Heartland Marimba, including Alex Orfaly’s Fôr Marimbas, Steven Simpson’s Fluidity, Matthew Coley’s Rivers of Rage: Turbulence, and the newest addition, The Principle of Vibration by Brett William Dietz. During the 2019-2020 season, they released an album entitled VISION and collaborated with the Dubuque Arts Council, Millikin University Percussion, the Minot Symphony Orchestra, and the Dubuque Symphony Orchestra. These collaborations involved premieres of four concerti by Kevin Romanski, Efrain Amaya, and Matthew Coley. HMQ was recently awarded a grant from New Music USA to continue its ongoing effort to support women composers. They will commission and premiere nine new works by female composers in 2020-2021. Visit www.HeartlandMarimbaQuartet.com Christina Cheon is an active musician and educator based in Orange County, CA. She has won top prizes in international competitions and has performed as a touring artist throughout the United States and Europe. Christina has been invited as a guest performer for festivals such as the 2013 Zeltsman Marimba Festival, the 2018 Lansum International Music Festival, and the 2018 Trinidad Bay Arts and Music Festival in Northern California. She is currently the Executive & Artistic Director of Southern California Marimba (SCM), a non-profit organization that aims to provide professional support for marimba students and aspiring artists.

Christina holds a B.M. from Chapman University and an M.M. from the Boston Conservatory at Berklee. She currently teaches private lessons in the area and maintains a regular performing schedule as a soloist and ensemble percussionist. She is proud to endorse Marimba One as an Educational Artist. Matthew Coley is an internationally acclaimed performer and the founding executive/artistic director of Heartland Marimba. HM has produced more than 200 concerts since its inception in 2014, and Matthew directs its five branches: Quartet, Festivals, Ensemble, Publications, and Concert Series. He has performed as a soloist in over 40 US states, 10 countries, and with organizations including the Wisconsin Chamber Orchestra, Clocks in Motion Percussion, Cedar Valley Chamber Music Festival, University of Denver Percussion Ensemble, Sudar Percussion of Croatia, San Francisco Sinfonietta, Kurpfalzisches Kammerorchester Mannheim, and Moldavian Philharmonic and Teleradio Symphony Orchestras. He has released five albums, collaborated on numerous commissions and premieres, and taught percussion at Iowa State University (2009-2015) and Wartburg College (2018-2019). Matthew is a published composer, the orchestra manager for the Dubuque Symphony, and can be found at www.hearMatthewColey.com. A Phoenix, AZ-based percussionist, music educator, and composer, Joe Millea is currently Operations Director of Heartland Marimba, a member of the Heartland Marimba Quartet, and Principal Percussionist of the Phoenix Brass Collective. He also teaches applied and class percussion at Grand Canyon University and the Front Ensemble for the Arizona State University Marching Band. Previously, Joe served as a Faculty member at Sam Houston State University, Collins College, and National American University. He is the associate production manager with the Oh My Ears new music festival.