This month, New Music Chicago presents the CHAI Collaborative Ensemble (CCE). The ensemble is now in its fifth season, and each concert is anchored by a history, whether it be musical or poetic. The CCE’s debut performance at the Chicago Cultural Center is centered on Jenni Brandon Music’s haunting “Found Objects: On the Beach” (2014.

Found Objects: On the Beach for oboe, clarinet, and bassoon tells of finding objects on the beach – from tumbled stones to sea glass; from driftwood to black feathers on the sand and the seashells that populate the beach as far as the eye can see. A six-movement work approximately 23 minutes. 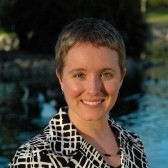